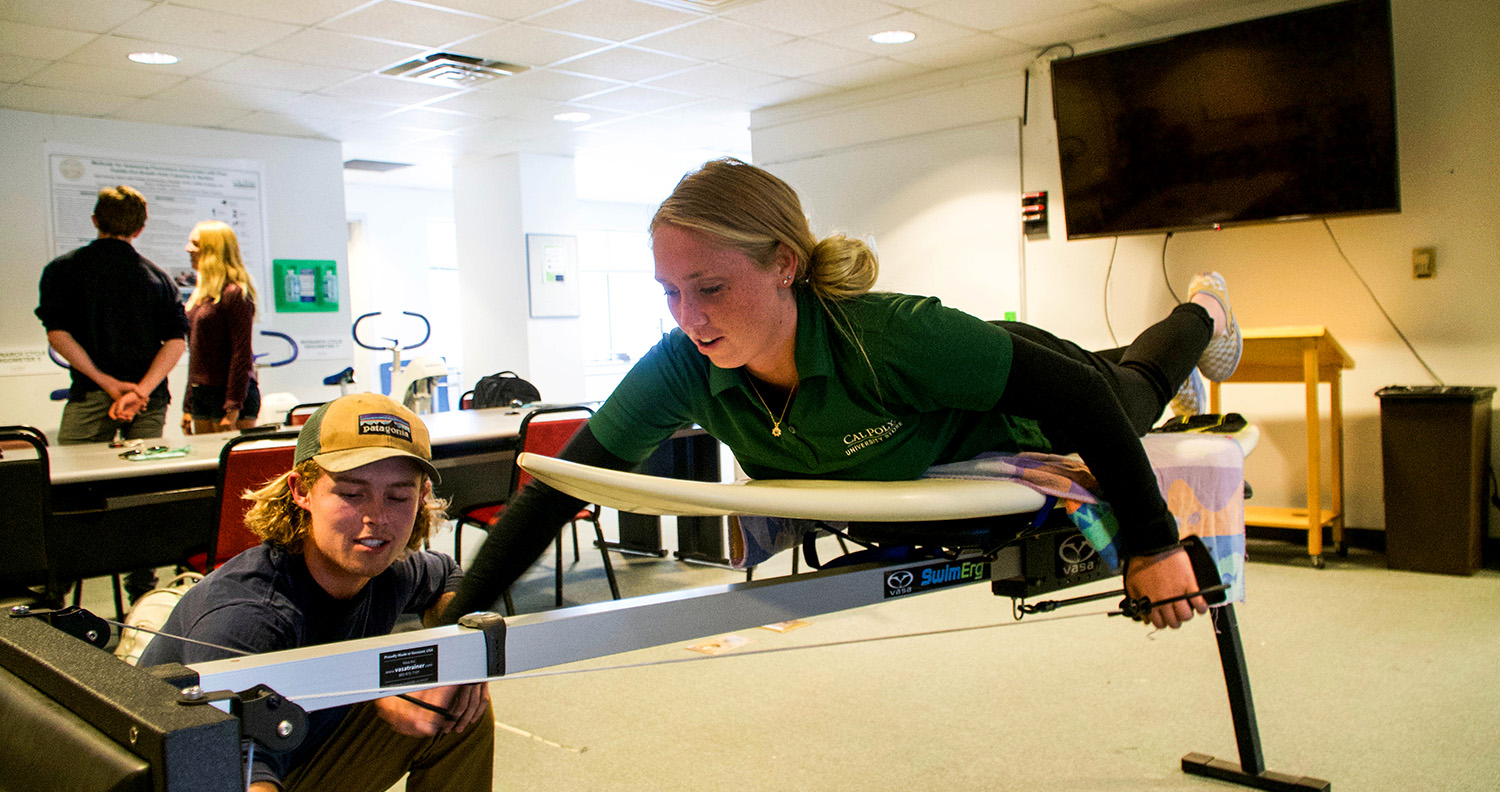 Surfing is an integral component of California culture and was deemed California’s state sport by former Governor Jerry Brown in 2018. Competitively, surfing has evolved on the international stage and will make its debut at the 2020 Olympic games. 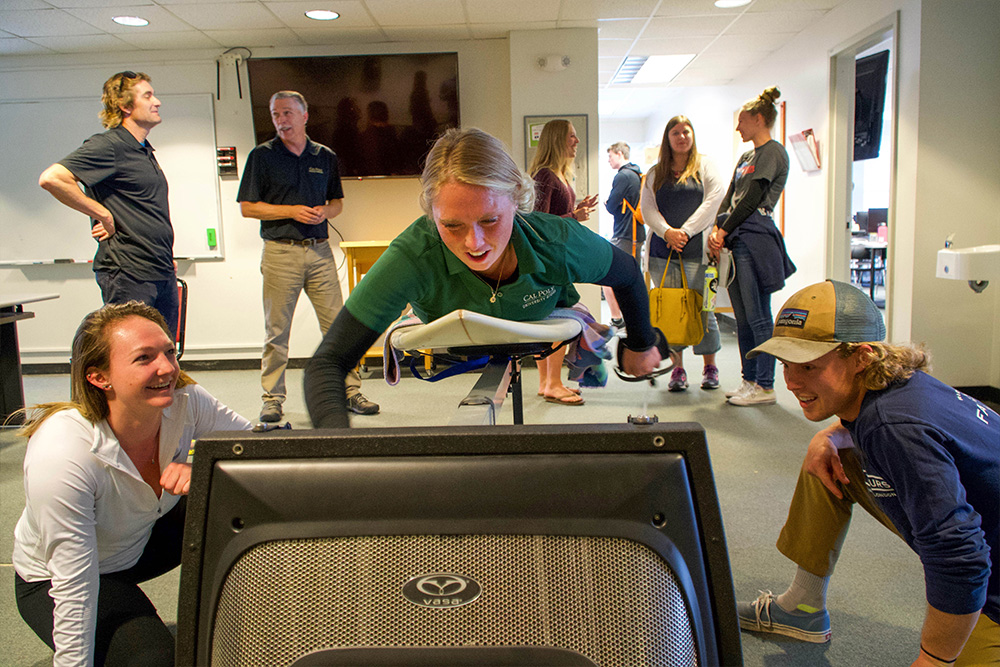 Inspired by the growth of competitive surfing, a team of undergraduate researchers under the direction of Professor Cory Greever is investigating novel training methods that may aid these athletes’ performance. A competitive surfing heat poses many challenges, such as the need to hold one’s breath for long periods of time while intermittently paddling at high intensities in the open ocean.

The team’s first project, led by alumni Kaden Groseclose and April Denny and current kinesiology major Adele Looper, revealed that surfers who have higher levels of cardiovascular fitness are able to hold their breath for longer periods of time following paddling. The results of the study were recently published in the International Journal of Exercise Science.

These findings led the team to further investigate the impact of breath-hold training exercises on surfing performance. Recently, a second group of students — led by Looper, Dylan Carmody and Sidney Johnson — reviewed the literature on breath-hold training in water-based sports.

The students found a potentially interesting and novel training technique that has been shown to improve performance in sports such as swimming. The technique, known as voluntary hypoventilation at low lung volume, involves exercising while performing breath holds at the end of an exhalation.

The technique challenges muscles to work with less oxygen, similar to training at high altitudes. This method may offer a means for surfers to train under these conditions at elevations closer to sea-level. The researchers are preparing to investigate how a surf-paddling program performed with voluntary hypoventilation affects a surfer’s paddling abilities.